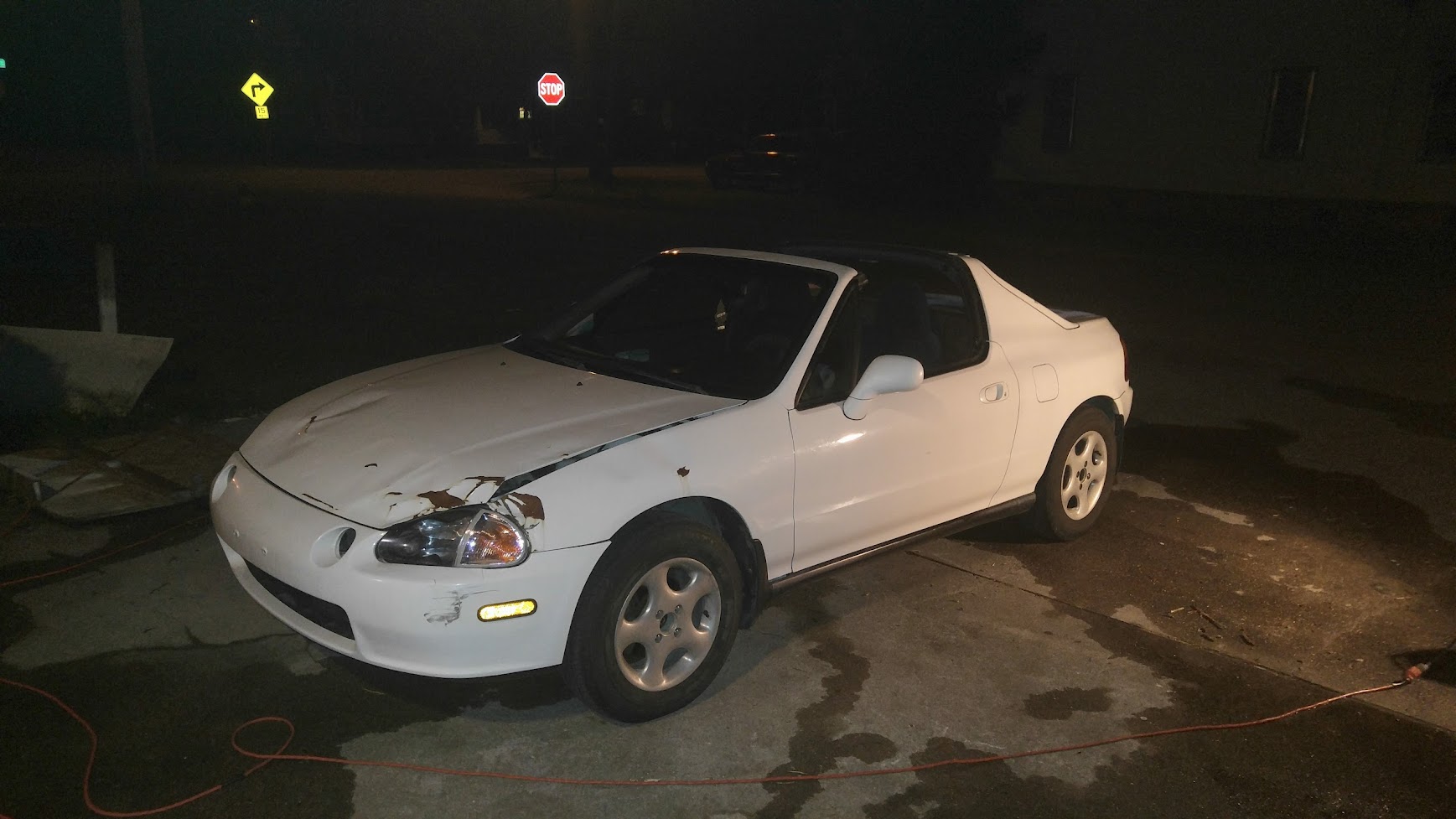 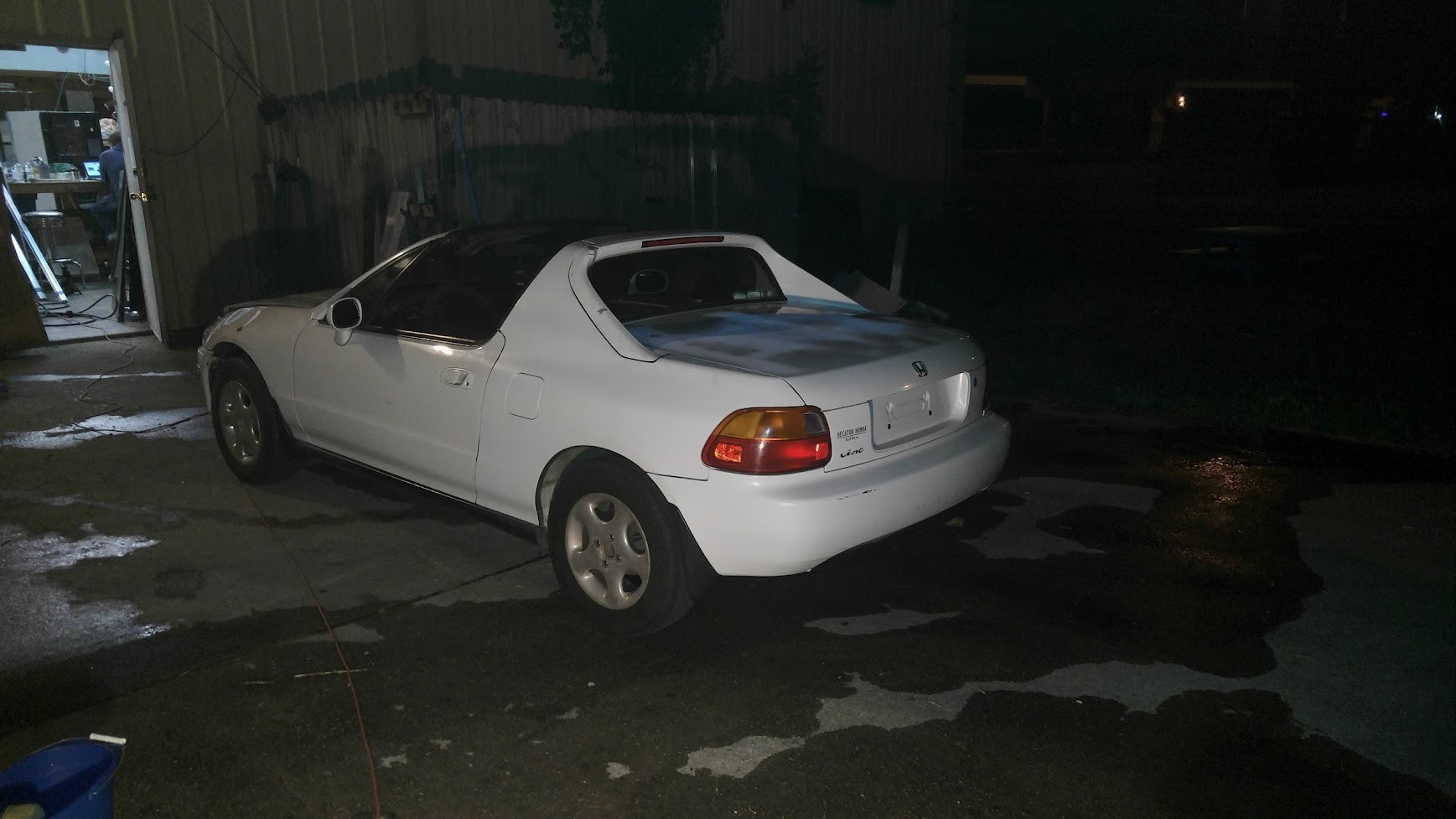 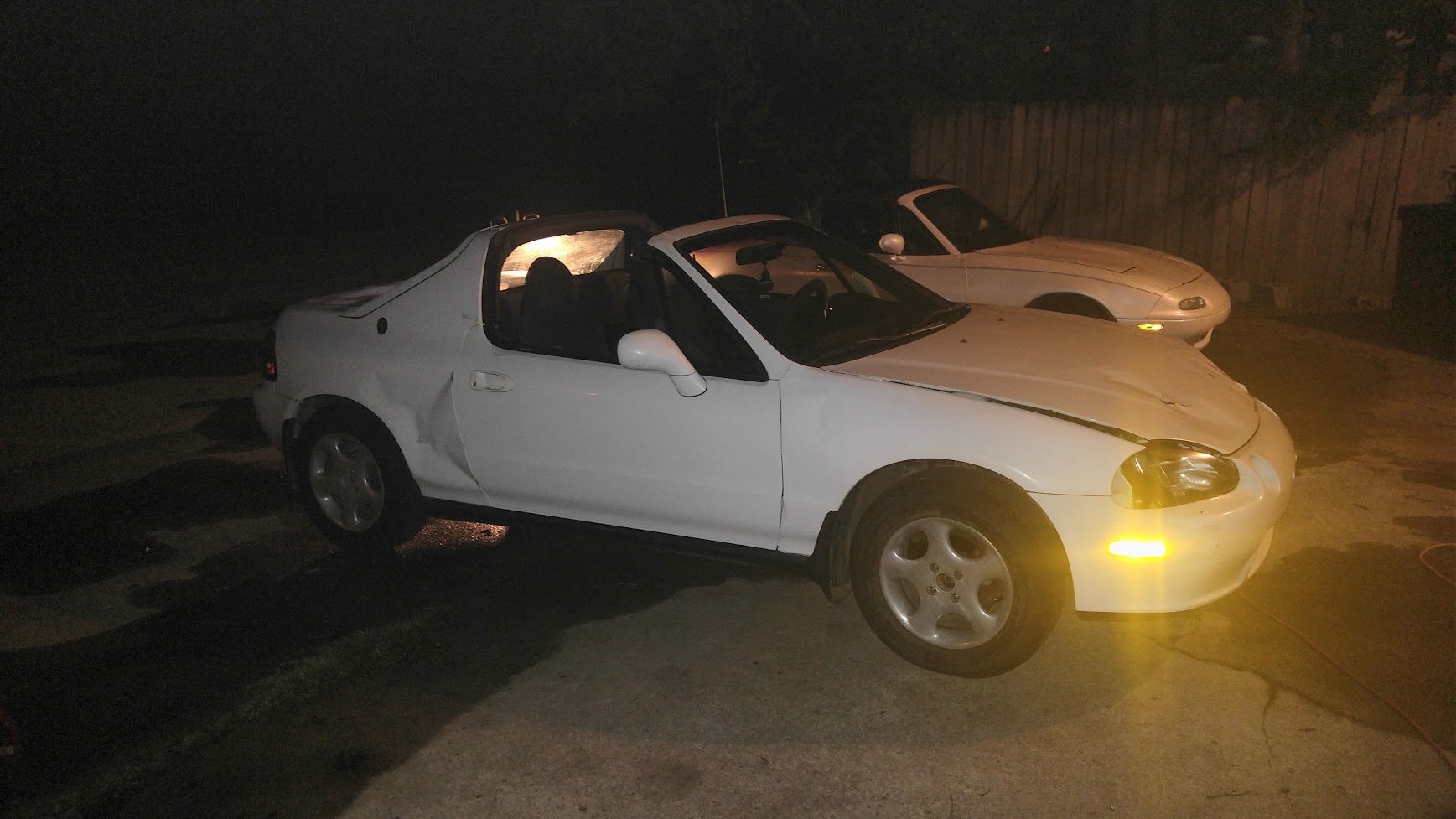 I call it "Kurisutin the second" or "クリスティーナ２" probably incorrectly as I've only had one semester of Japanese class.

Immediately: it's beat up. This calls for some introspection, since I recently owned a similar condition del sol and traded it for a motorcycle.

Well, motorcycle ownership was fun but once I'd gotten the bike fixed up to be reliable and everything it became very obvious that it was too small for me. I could buy new handlebars and foot pegs to try and un-cramp the riding position, but that costs money and I would rather work towards a larger motorcycle in general. And I eventually want to rebuild the engine in my 98 Civic, which means shuttling engine blocks to shops; not something I'd try doing with a motorcycle.

Quickly, comparing this Del Sol with the old blue one:
- Both have body damage, but this one's frame isn't (as) screwed as the old one, so I can pop dents and replace panels to repair damage.
- Old one had no cleat coat left. This one has pretty good paint where there isn't body damage.
- Old one's interior was ruined. This one has a much better interior.
- This one is S class, old one was Si with aftermarket parts. So I've downgraded from D16Z6 to D15B7.
- This one is an automatic

and the transmission is totally shot.

So I think this Del Sol can be coaxed into being a nice (slow) gas saver. Especially since I have an old S40 A000 (taller gear ratio) manual transmission lying around.. in pieces. I'm going to try rebuilding that transmission and then swap it into this car, all while cutting costs as much as possible.
Last edited: Jun 11, 2017

Registered VIP
5+ Year Member
10+ Year Member
Yass! I honestly would feel more confident just working with what I have than trying to weld essentially a trunk onto that thing.

So the engine in the Del Sol is also shot, and pours oil smoke. I bought some stop-leak to keep it running until I can get around to rebuilding the motor.

The transmission rebuild is coming along. This MT is the temporary one used while my civic's transmission was being rebuild earlier this year, it shows up in my Civic's thread. When I bought this temp transmission it was already ruined, and made a horrible grinding noise for the entirety of its time being used. But now that I've had some success with rebuilding my first transmission, I'm ready to tackle this one. Rather than dish out for quality components, I turned to eBay and bought the parts I think need replacing for $100. It'll be interesting to see how they compare to the Synchrotech kit. 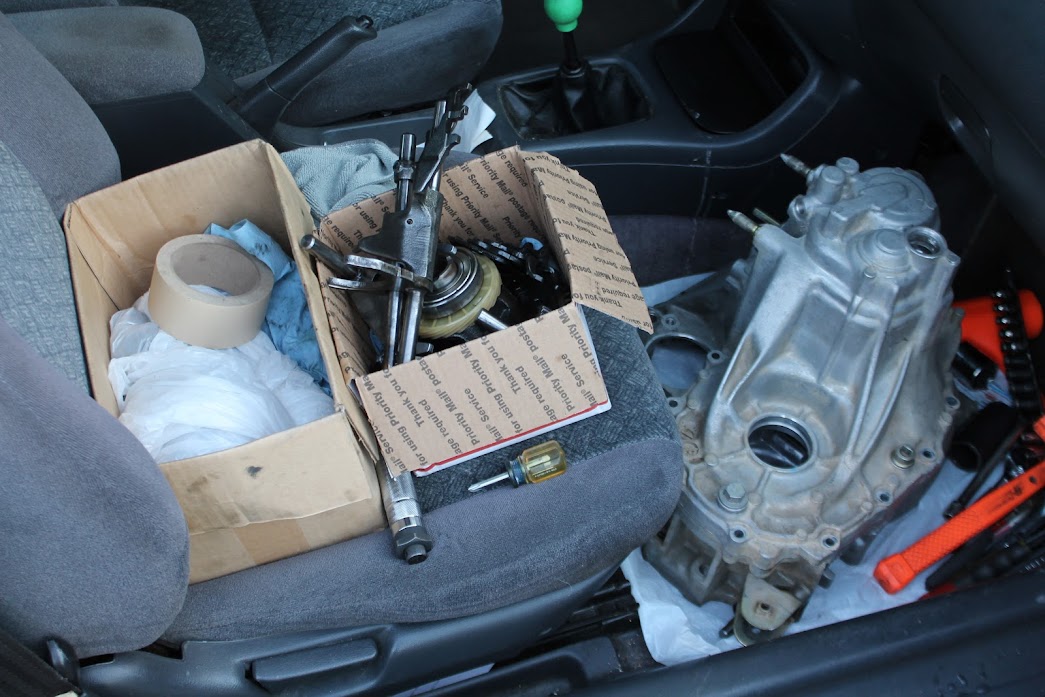 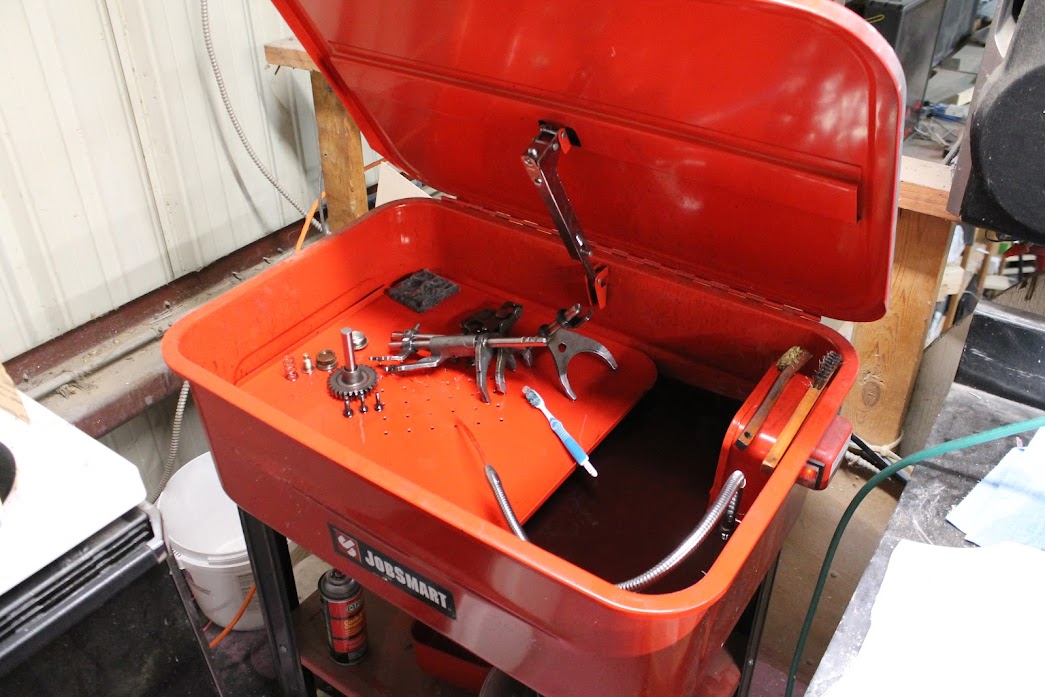 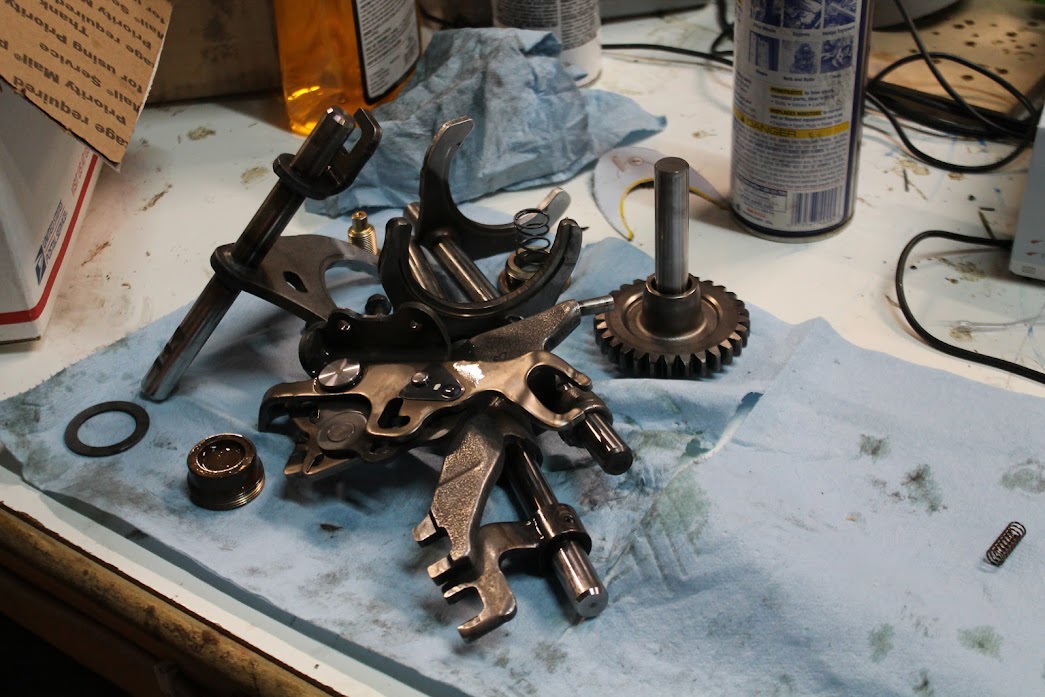 Bearings arrived. They're NTN brand but in meh conditions. 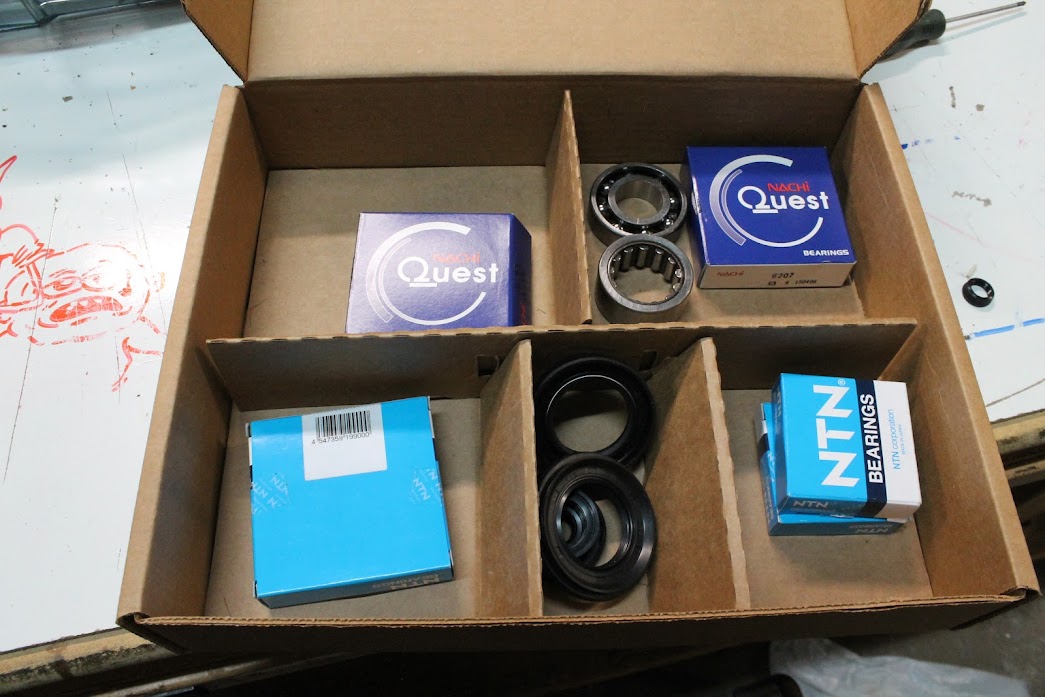 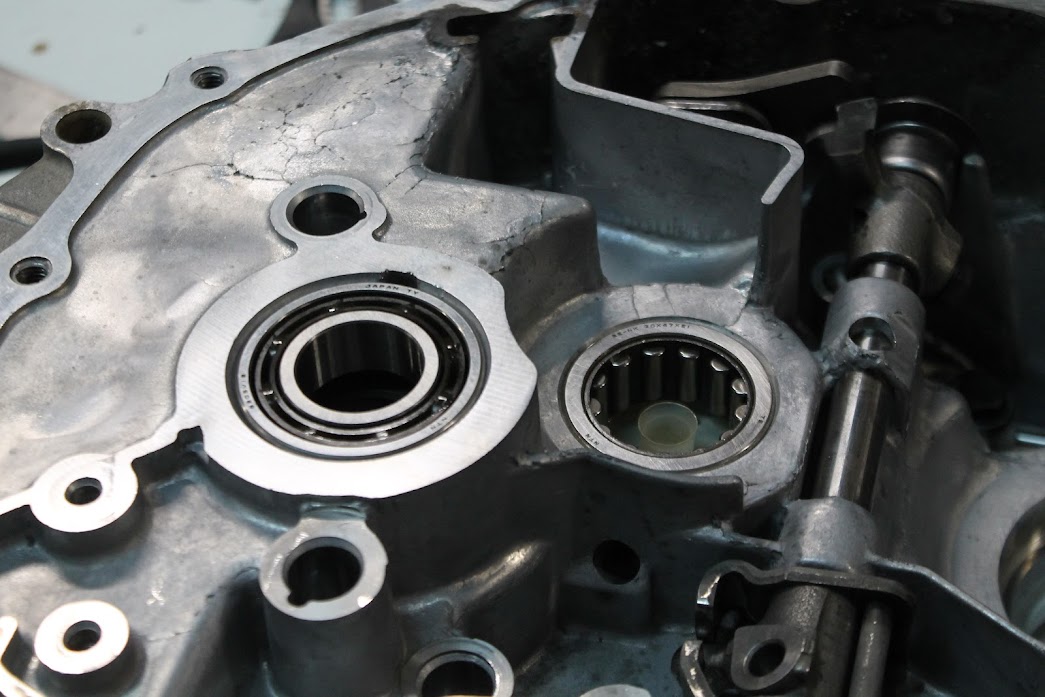 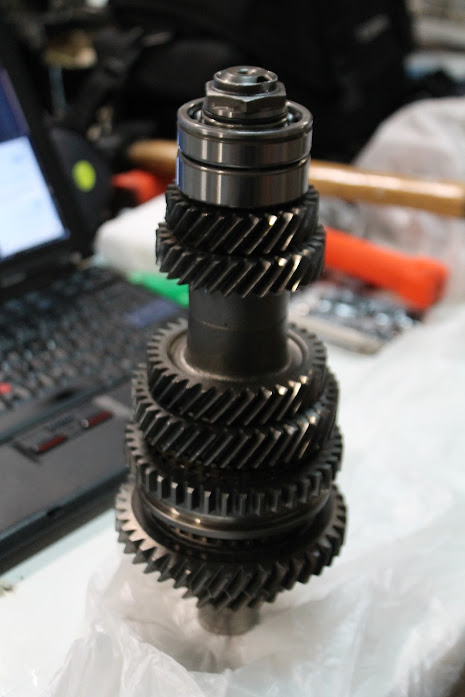 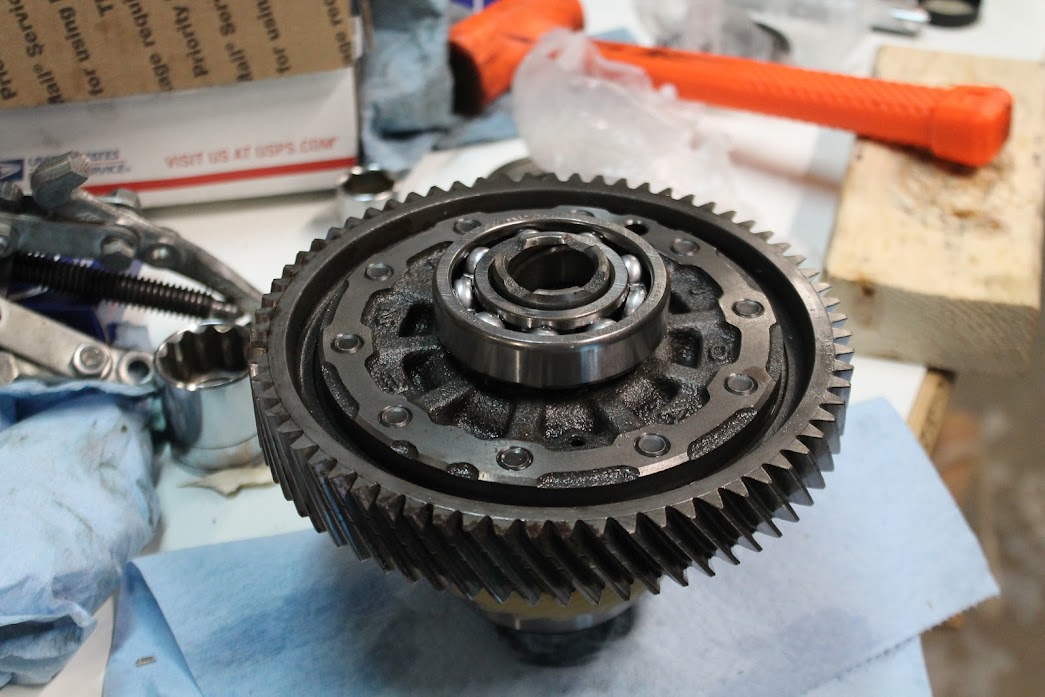 The birds here must eat toxic waste. After only a week there are permanent stains on the clearcoat

But I got it moved to the backyard and put under a car cover. 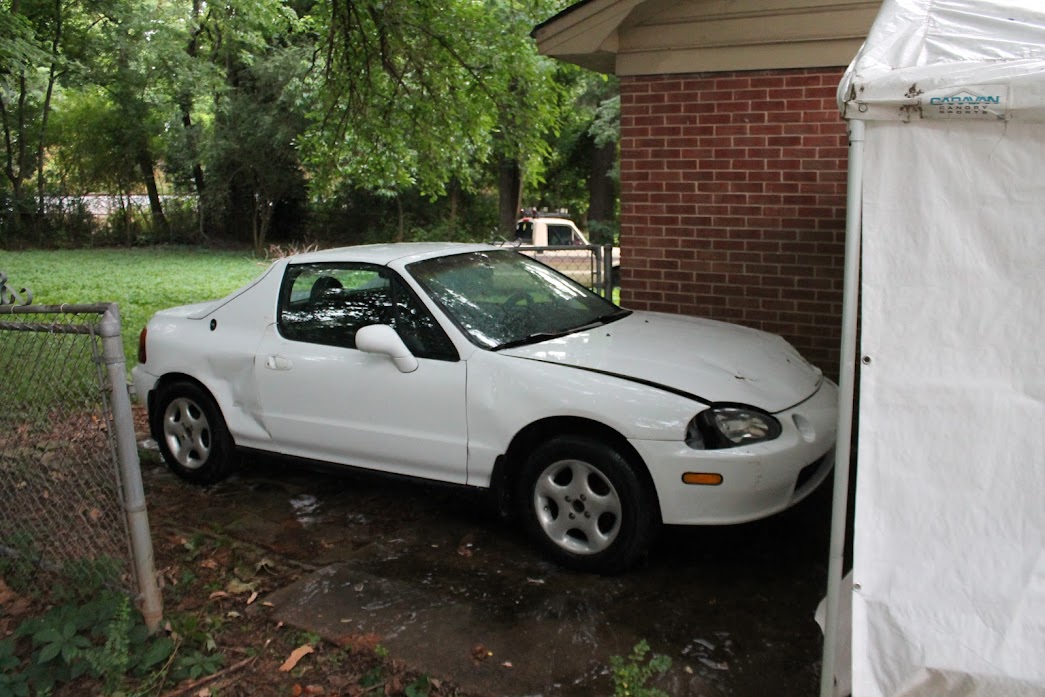 Registered VIP
5+ Year Member
10+ Year Member
Got the transmission back together. Right as I had the RTV gasket laid out and was about to seal the two halves, a junebug flew in and got stuck in some oil behind the differential 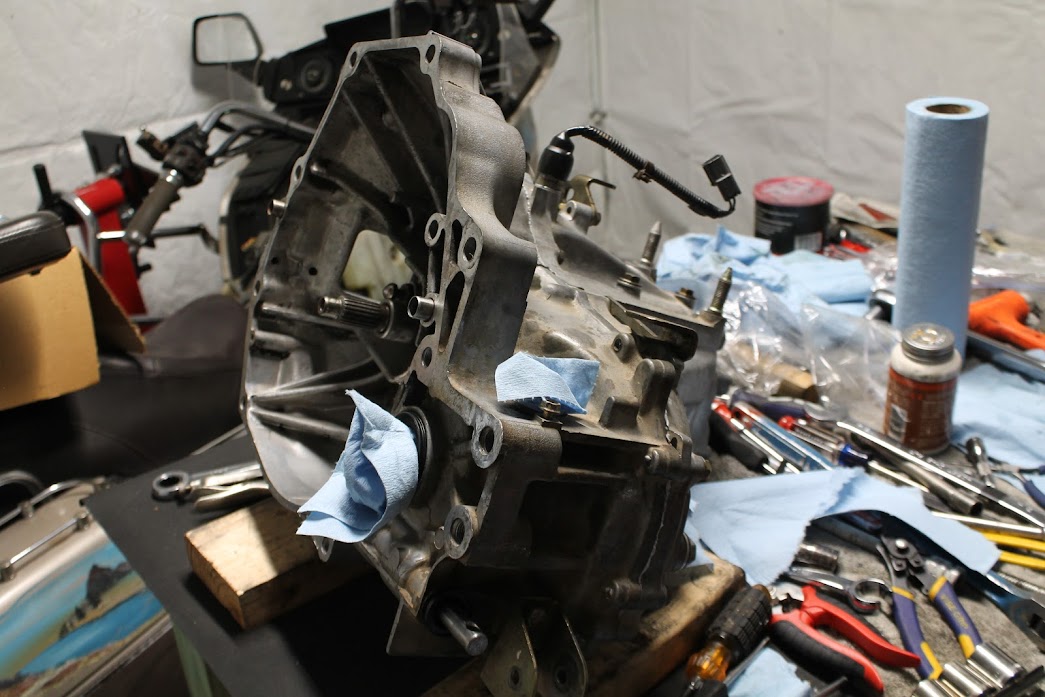 Besides the beetle - which I really hope doesn't actually damage anything - the differential made a strange clicking noise as I spun it outside of the transmission. I think there's a pretty decent chance this rebuild won't work. 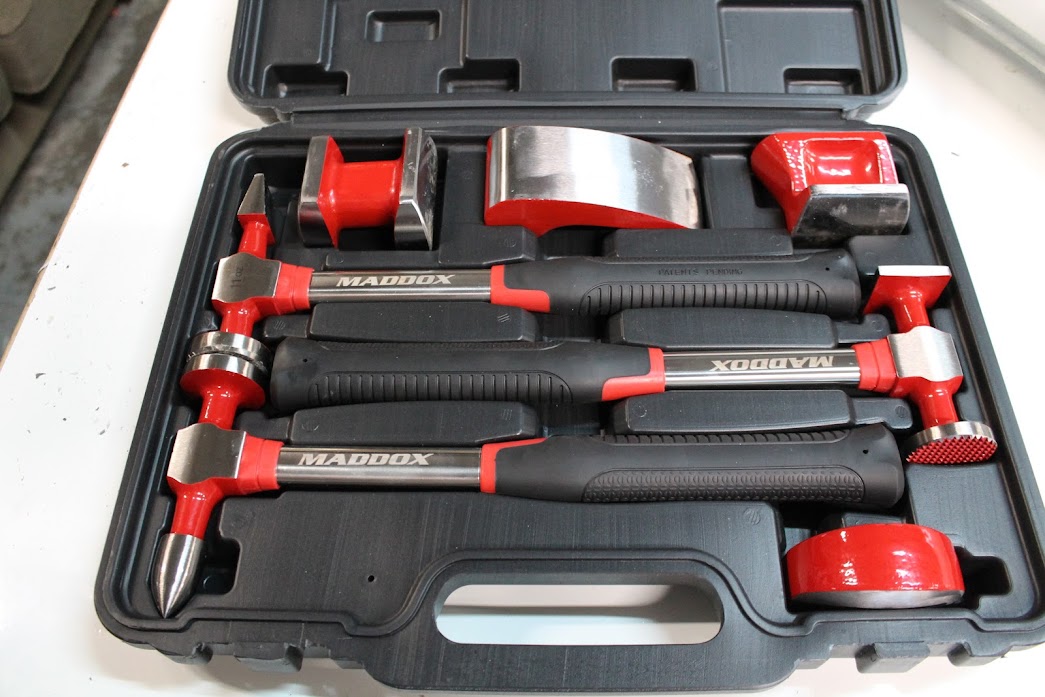 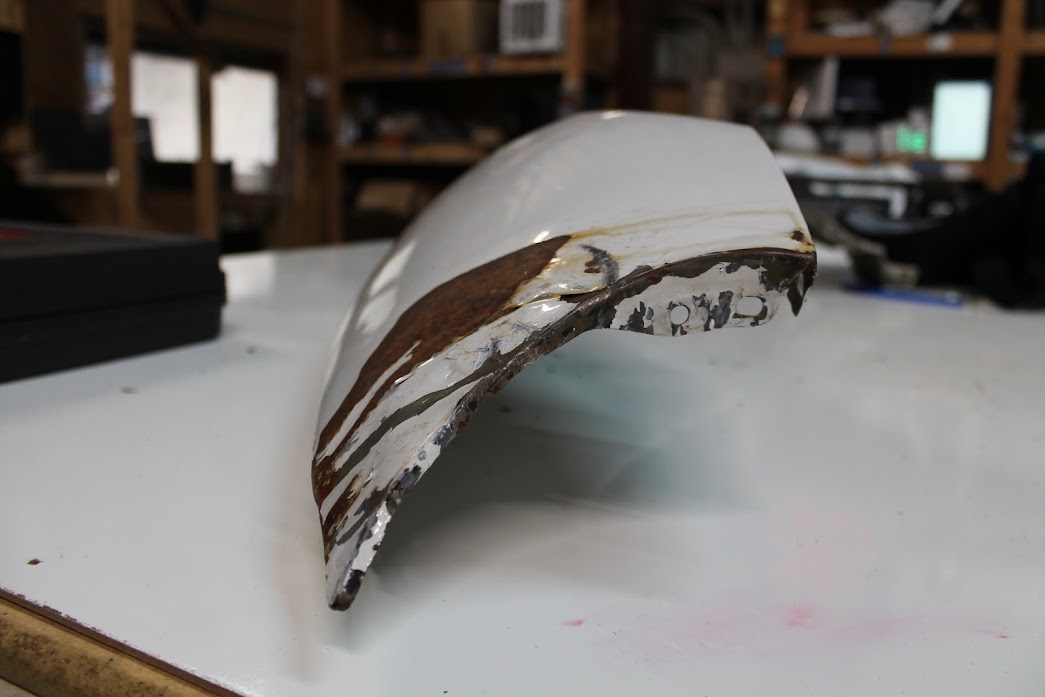 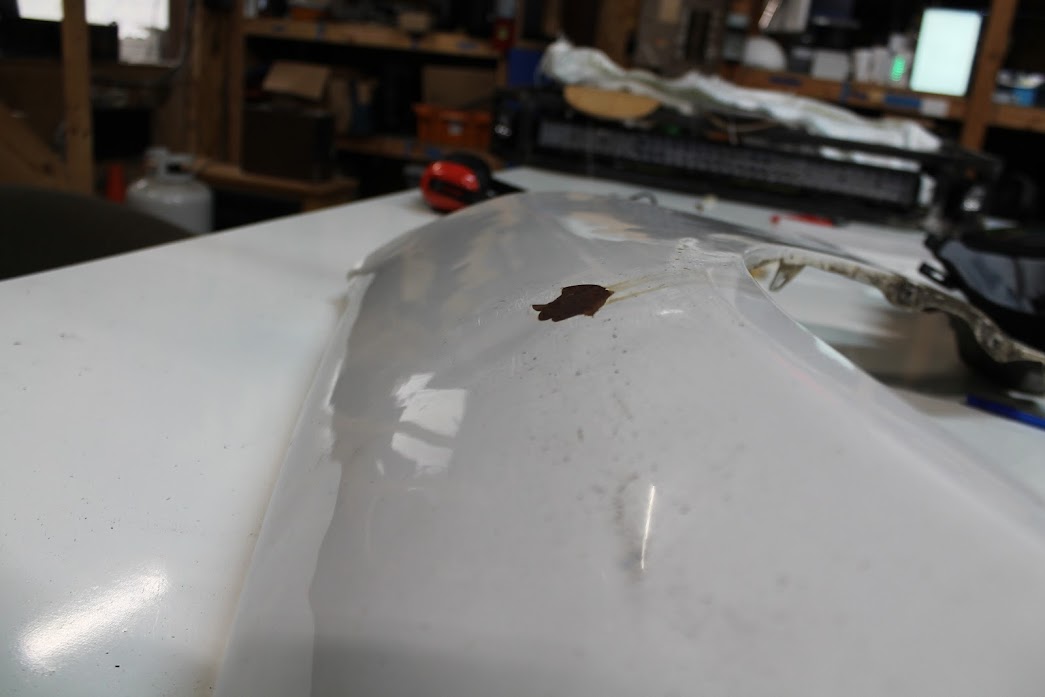 Not really sure how to proceed. Is it worth trying to hammer out the small wrinkles left? Bondo over them? Sandblast first?

I've been floundering with what direction to go next, and think I've settled my thoughts on everything now. Body repair has a lot of specialization, and I don't have the time or resources to do these repairs to the highest quality possible. Instead, my goal here is to become proficient enough to handle small jobs from the metal up to the clearcoat on my own. To that end I'm going to take the fenders as they are -- with dents reduced to ~1/4 inch deep or less -- and bondo them, then paint. It certainly won't look as good as a professional outcome, but it'll be better than it started and the next time I'm fixing dents I'll have an idea of whether I can fix it myself or not.

I'll try to remember to take pictures of the process!

The del sol has been sitting under a car cover while my friend's Goldwing got attention and garage space over the summer. I just went to check on the sol, and it is entirely molded out. I don't think the cabin is salvageable at this point, it's just entirely covered in mold.

Registered VIP
5+ Year Member
10+ Year Member
Started drying out the interior. Still need to pull the seats out and spray them down with vinegar. Also there was a massive ant nest in the trunk

still trying to figure that out.

Got it rolled into the garage: 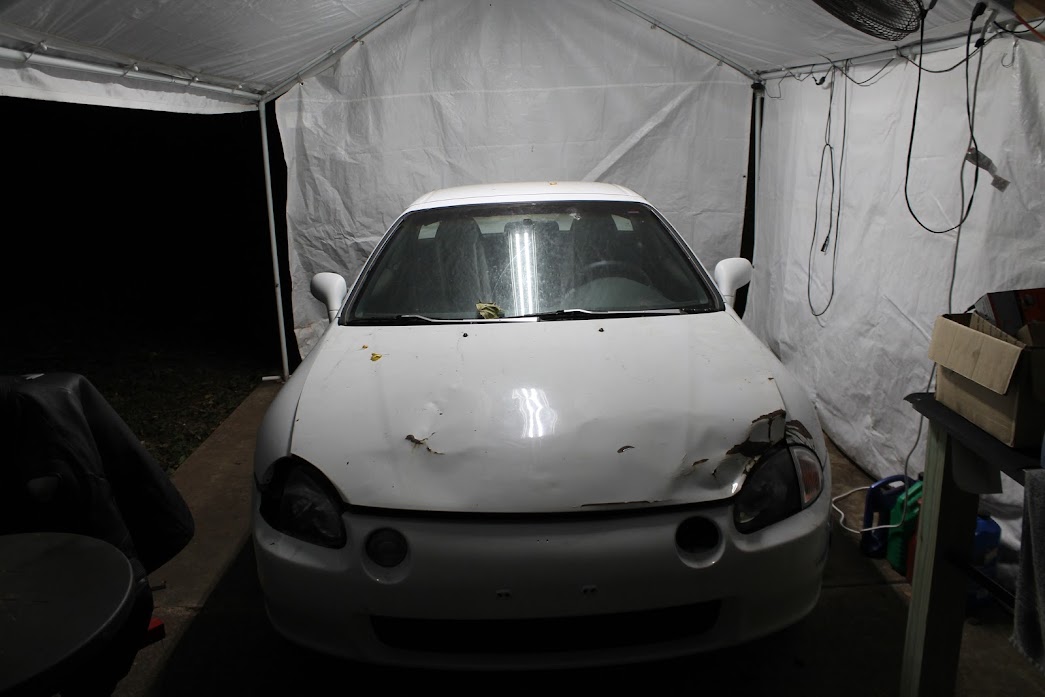 Registered VIP
5+ Year Member
10+ Year Member
Sprayed the cabin down with cleaning vinegar last night. Woke up today and my place smells like a pickle farm, which is a huge improvement over a mold farm

Registered VIP
5+ Year Member
10+ Year Member
Well progress has been off and on for a while. We finally got the cabin to a less-disgusting state, and have been battling the ants for control of the car. They just. wont. leave. 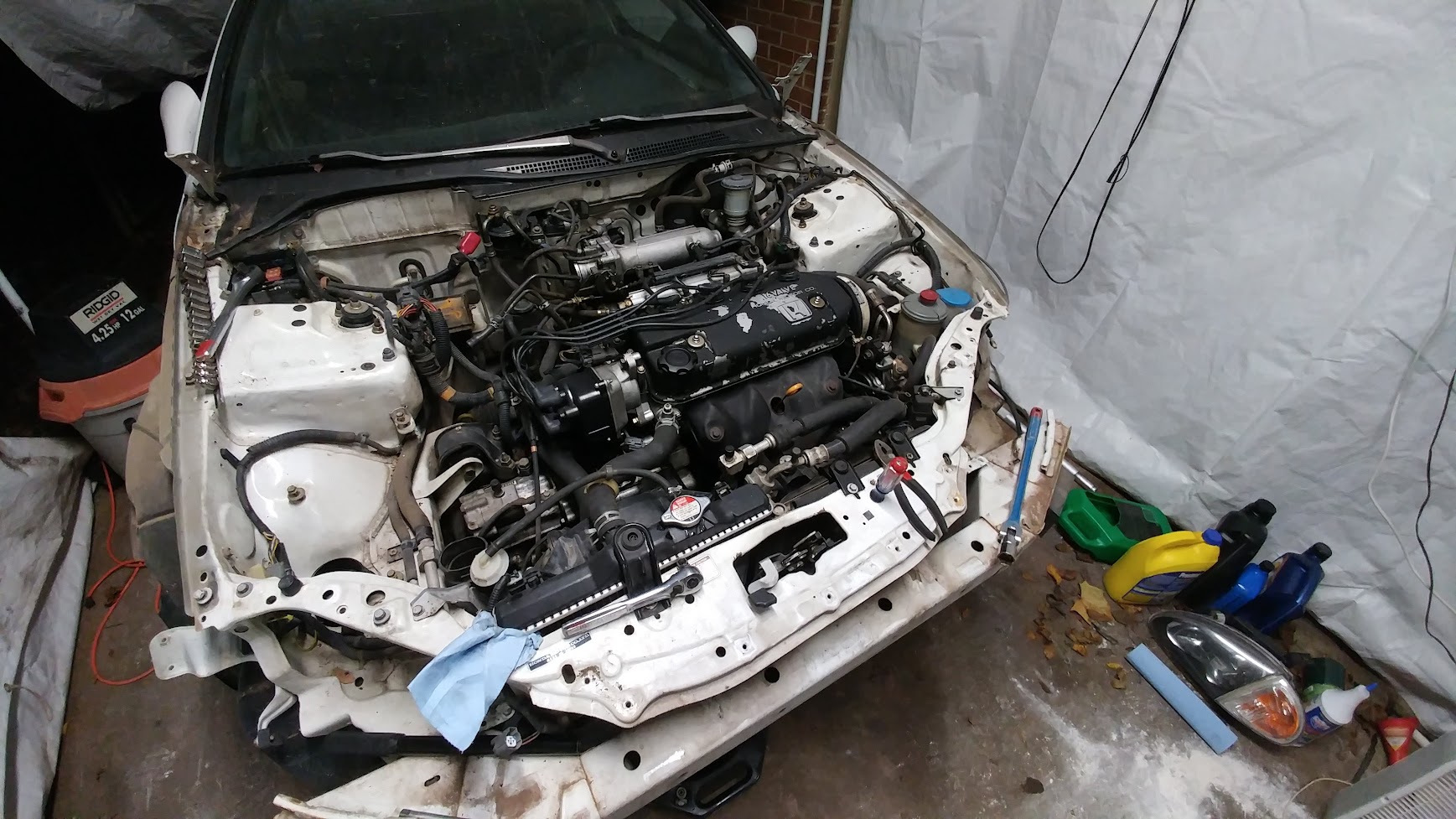 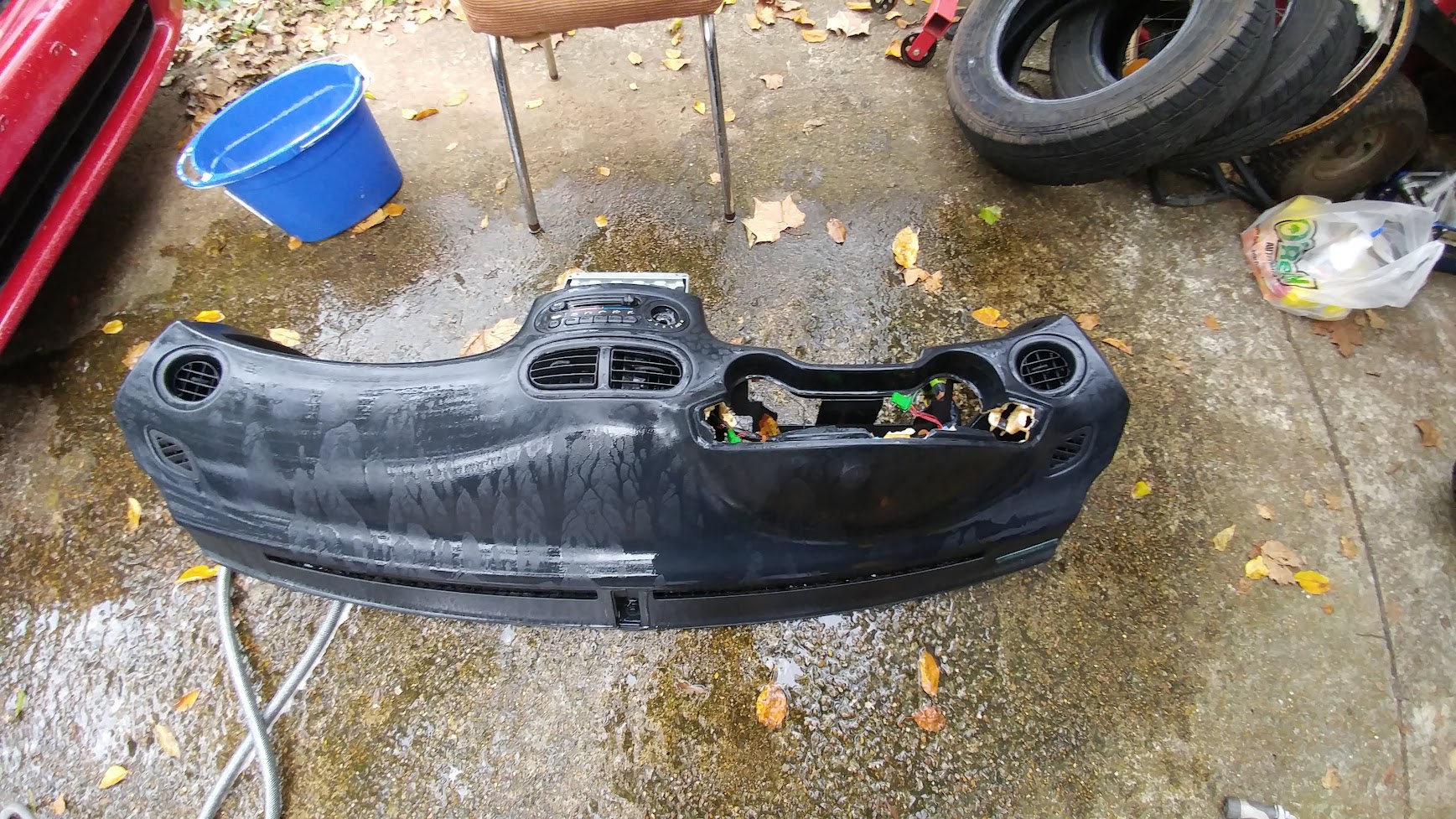 Put the cabin mostly back together today: 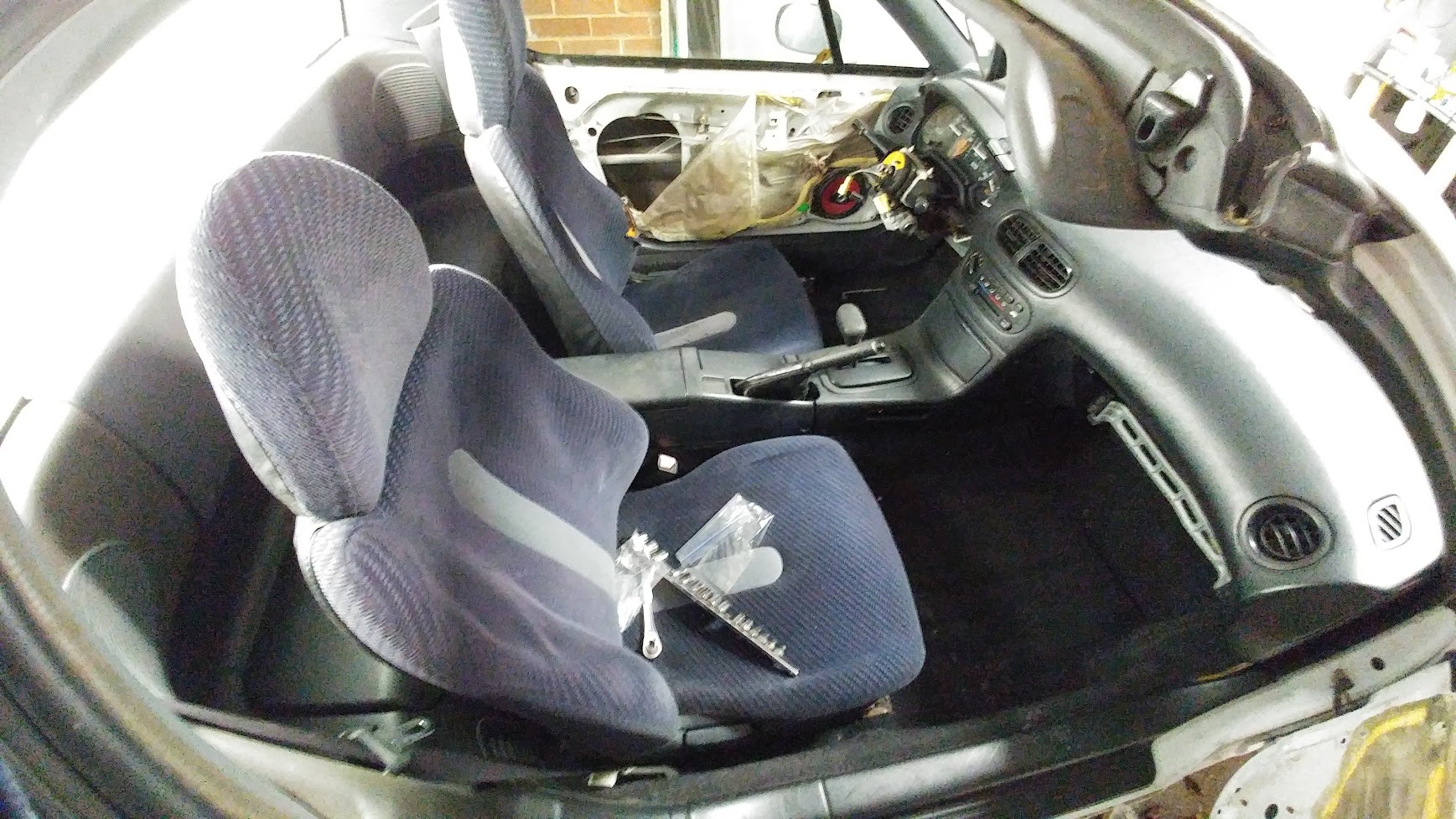 And pulled the valve cover: 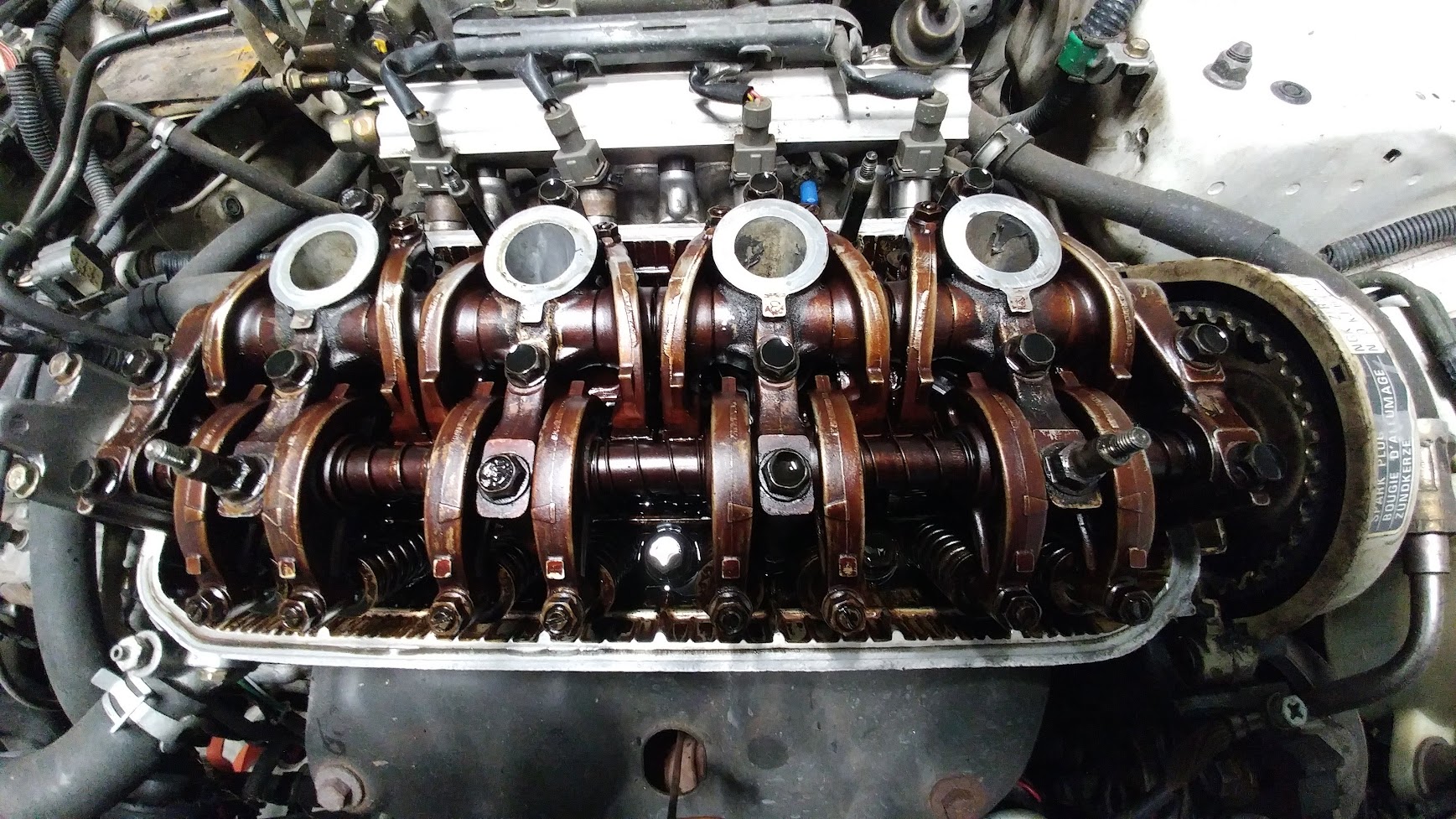 Registered VIP
5+ Year Member
10+ Year Member
Took a look at the timing on the engine, and could use some help figuring out if what I think I'm seeing is for real.

So I set the cam to TDC: 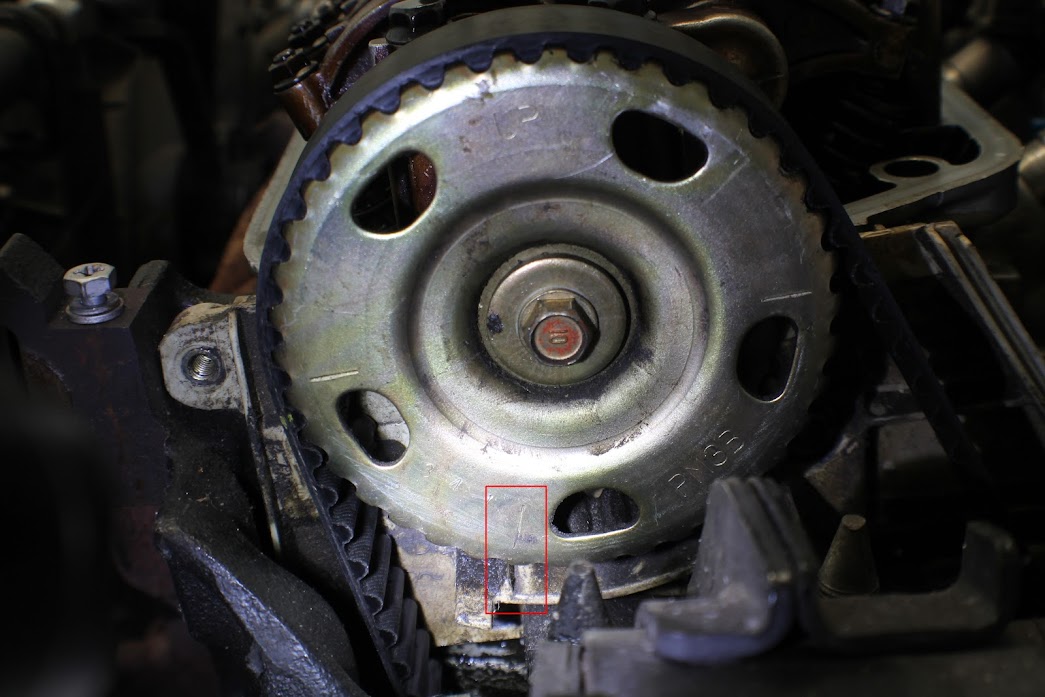 And then I took a look at the pulley: 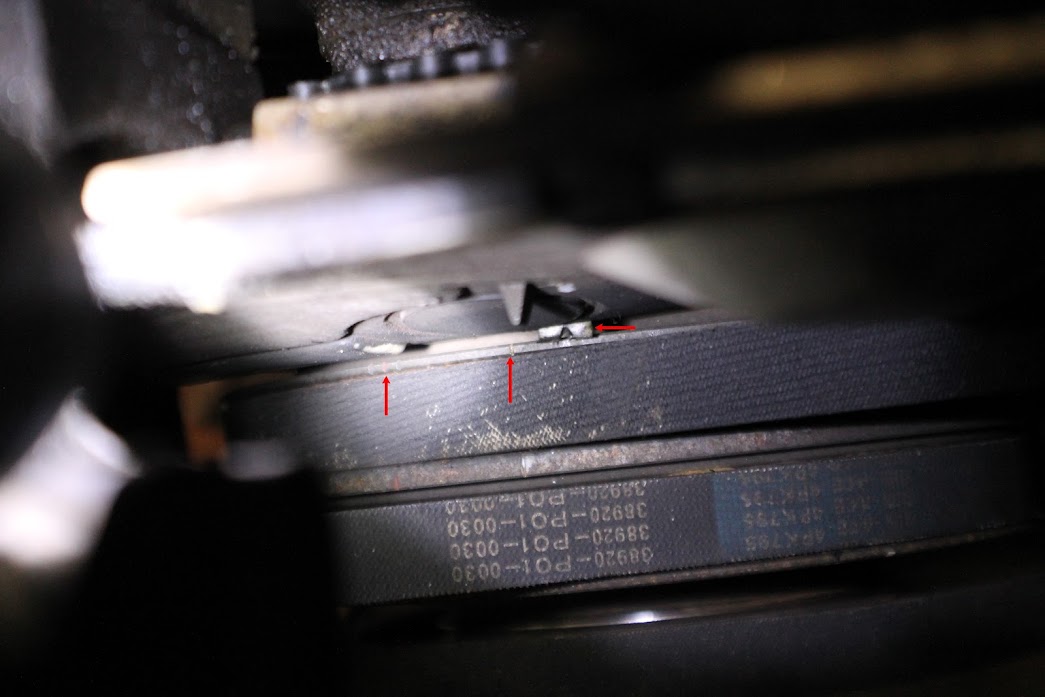 For the pulley to be at TDC, the lefthand mark should be in the little viewing divot, right? does this mean the engine's just been at the wrong timing?

The previous owners said they pulled the engine and worked on it, so I wouldn't be surprised if they just put the timing belt back on wrong...
Last edited: Nov 12, 2017

Registered VIP
Pics not workin for me in last post??

Thanks for catching that! Should be fixed now, hopefully

Registered VIP
The cam gear has to line up with the machined part of the head ex. up, then lines on either side 60* 180* flat. The 2nd pic the timing mark is on the plastic cover, the lines on the far left is your BTDC setting the single line to the right is 0*

So should 0* be in the viewing notch while the cam is set to TDC?

Registered VIP
Yes before top dead center. Turn the dist to line up the mark on the timing belt cover to the red line, that will give you the correct timing set for that motor. Also has to be at operating temp with idle set correctly first, if your idling over 1k it will never be correct

Registered VIP
5+ Year Member
10+ Year Member
Oh, right right. I know how to set the timing when the engine is running, right now what I'm trying to figure out is: I think the previous owner put the timing belt on wrong. Shouldn't that 0 degree mark on the pulley line up with the divot when the cam is set to TDC?

If the timing belt is a few teeth offset, I almost want to correct it and then put the engine back together to see how the it runs with proper timing. Otherwise I need to keep pulling the engine head so I can replace the valve seals and stop the oil leak. 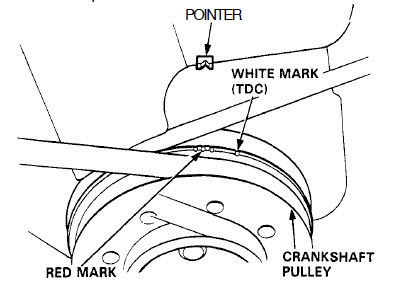 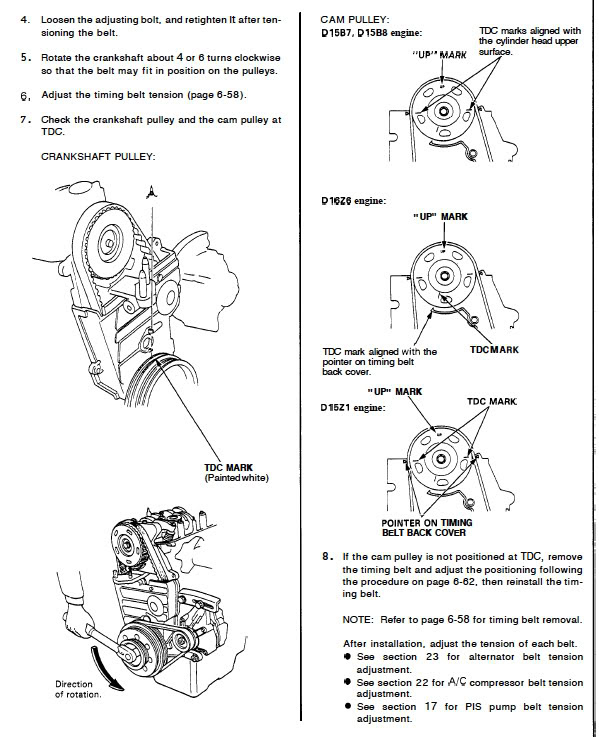 So the timing belt was on wrong. I'm going to go ahead with removing the engine head, and double check the pulley marks by looking at piston #1.

Hopefully running the engine like that didn't damage stuff too much

Registered VIP
5+ Year Member
10+ Year Member
Took out the engine head bolts today, but first looked at the timing belt again. It actually looks correct, the pulley can move the marks to match without the cam gear moving enough to not be TDC.. Oh well

Need to get under the car and remove the intake manifold brace next.
You must log in or register to reply here.